​From a statesman to an IT specialist: the story that in the field of IT there is a place for everyone.

From civil servant to IT specialist: the story that in the field of IT there will be a place for everyone.

Everyone at least once thought about how to drastically change their lives and start doing something completely different than before. And the field of information technologies often comes to mind - because it is one of the most promising industries in Ukraine, which is developing very rapidly.

Volodymyr is a frontend developer. In simple language - it creates the entire visual part of the site, which we see with you, the users. Menus, buttons, pictures that you see on the site - all this is created by frontend-developers. But before becoming a programmer, Vladimir was a civil servant. He graduated from law school, worked in the specialty… and at some point decided to change his life. We are talking to Volodymyr Omelyanyuk, a TransoftGroup programmer, about stereotypes, personal motivation and, without exaggeration, equal opportunities for everyone.

"It's normal to change jobs and look for a better place for yourself. Even if it is cardinal. "

- Why did you decide to change the type of activity?

- At some point I realized that the civil service is not a story about me. I have a lot of lawyers I know, but few of them are in the financial condition I would like to be in. You can reach great heights here, of course, but it's much harder, as for me. Plus, I've been playing sports all my life and wanted to try myself as a coach, to open a gym. I tried, I had a lot of clients, but again I felt that it was not mine: in this case you have to do only sports and nothing more. Spend all your time on this. It's not about me either.

- Wasn't it scary to dare to make such cardinal changes?

- This is such an archaism - to be afraid to change jobs - and it should be abandoned. In the West, it is normal practice to change jobs. You are an employee, you don't owe anyone anything. At some point, people break up, and that's normal. I didn't come to IT right away either. I went to another company, trained for a month and a half - and left. There I was offered a job that I did not want to do: it limited my opportunities in the future, that is, the maximum that I could achieve in that company was not my option. So I left. And about half a year later I got here, in TransoftGroup.

"To make a fortune ", you need to work hard and constantly improve."

- There is a stereotype that you should just go to IT - and you will immediately start earning a lot. What do you think about it?

- People tend not to be so much jealous as not to delve deeply into the essence of the issue. "Someone told me that they get a lot of money there, so I'll go there too," - maybe there is, I do not rule out this possibility. But for the most part, it takes a lot of work to achieve something - both in terms of salary and in terms of the work itself.

- How did it happen in your case? How did you study?

- I studied online. 3-4 hours every day. And it's easier than I would study for a few months, but 10 hours a day. This is difficult because you do not perceive so much information at once. It's also too much of a burden for me. It is necessary that knowledge is assimilated, "settled" in the head. But studying for so long is also a matter of motivation. I studied for more than a year, about a year and three months. The same, with a good mentor, you can learn in six months. It's not as simple as it may seem at first glance. I have completed one part of the course, the second, the third… and all this knowledge needs to be maintained to see the whole picture so that you can move on. In our case, "further" is the good start, where someone will hire you, will be ready to teach, to help. I am lucky with TransoftGroup in this regard.

"There is an opportunity to make money here at home. But our people do not want to develop. "

- How do you assess yourself now? Have you changed a lot during the time you work here?

- I have been working here for a year and a half and I think I have learned a lot. If you compare how I came here in terms of knowledge and skills and who I am now, the difference is fundamental. And I think everyone does. In addition, teamwork is always a little stimulating - you will be prompted, helped, guided. We have a lot of people working on the Allo.ua website. This is a huge company for the Transcarpathian market. But we still lack specialists. It is easier for many to go abroad to earn money.

- What is the reason for this, the lack of qualified personnel?

- People do not like to work with their brains, do not like to try for the future. And the biggest disadvantage of many is that many do not like to learn. Why do it, if I already know something? But you need to learn, improve if you want to achieve more. Many of my acquaintances have tried - half of them drop out at the stage just to read about it. Another 80 percent is eliminated during the training period. In the end, there are about 10 percent who actually go into this field and stay, becoming good professionals. At the same time, it is not those who are the smartest, but those who are the most purposeful and persistent. Of course, talent plays a role, but an important role is played by how much you want to work in IT and what you are ready to do. I like to compare life with sports. In sports like: you came - you plow - you get the result. The same here. Work hard, persistently - and there will be a result.
What to do to those who think about the field of IT, but can not dare?

- When the first attempt to go into the IT sector failed, there was no desire to give up?

- The first time I tried to work in IT, I was very inspired, I was ready to turn the mountains and break the computer in half (laughs, - ed.), But my hopes did not come true, my hands almost dropped. I didn't do anything for two weeks, I couldn't gather, I was morally broken. But up to a month - and I went to study further. Everyone has such a fear at the start, I think.

- What advice would you give to those who also want to change their activities but are hesitant?

- First, do not hesitate. Secondly, perseverance, development, dedication - these should be your main companions. third, read who does what. And not only among programmers. There are a lot of options. You can be a great lawyer in an IT company. A good manager, manager. English teacher. Do your favorite thing, but for a salary, an order of magnitude higher than outside this area, and in good, comfortable, modern conditions. That is, it is not necessary to follow the so-called "technical path" - there will be a place for everyone. 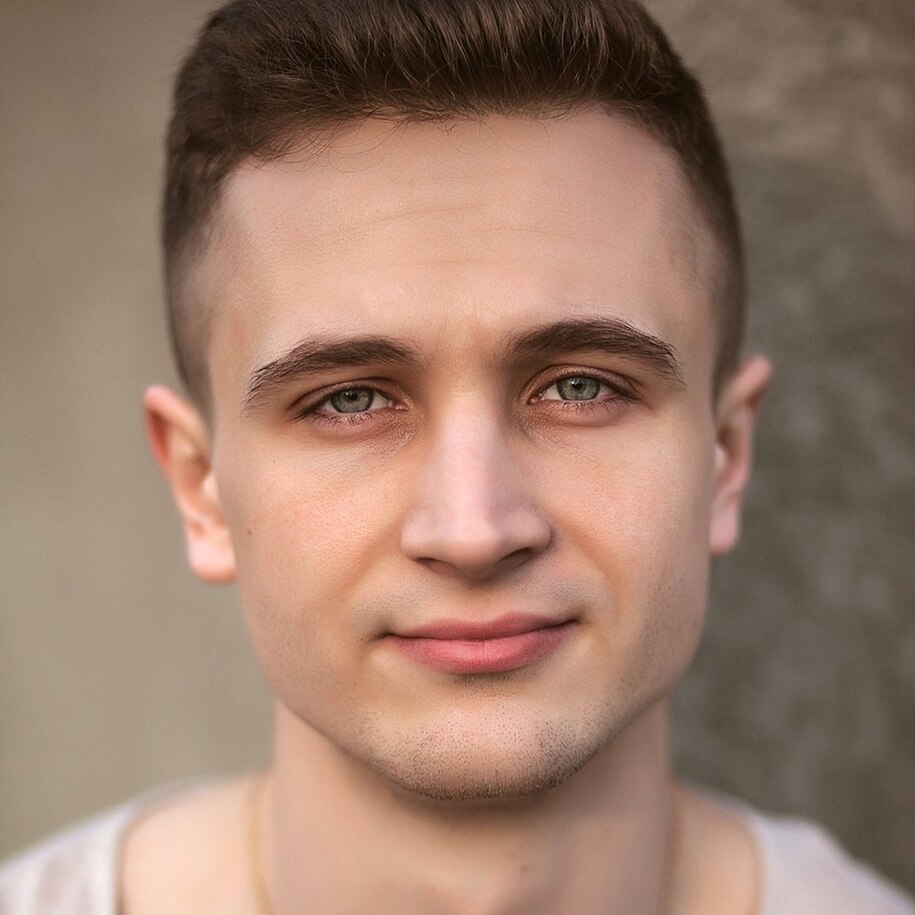